Nothing is Conclusive yet on the Bayelsa Race 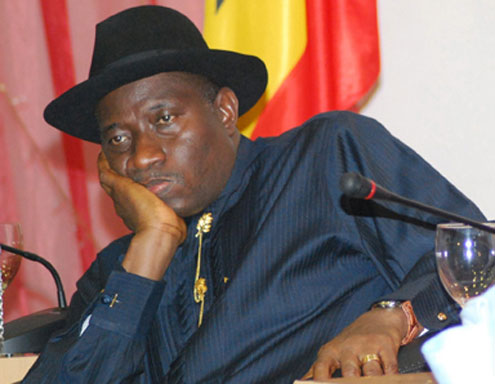 Today I and my fellow country men and women must decide if we will choose peace or war. It is time for us to show patriotism and love for our brothers and sisters in the North. Calvin Coolidge in a speech, in October 6, 1925 said “No nation ever had an army large enough to guarantee it against attack in time of peace or insure it victory in time of war”. Dwight D. Eisenhower was right when he said “Men acquainted with the battlefield will not be found among the numbers that glibly talk of another war.” Those who fought the civil war and those of us who were children, and those of us who lost our fathers, brothers, uncles and loved ones will agree with Ralph Waldo Emerson (“War”, Miscellanies, 1884) when he said “War, to sane men at the present day, begins to look like an epidemic insanity, breaking out here and there like the cholera or influenza, infecting men’s brains instead of their bowels”.

To paraphrase Dwight D. Eisenhower, having experienced the Nigerian civil war, my personal losses and the pain and the sorrow, I can safely say, I hate killing in whatever name, I hate terrorism, I hate war as only a child who lost his father at ten who has lived it can, only as one who has seen its rape, its brutality, its futility, its stupidity.

Those financing the Boko Haram or those carrying out the war must realize that at the end war does not in its real sense produce a winner. We must make peace, make peace fast. Our youth who are the double victim of unemployment and death should hear what Herbert Hoover said “Older men declare war. But it is youth that must fight and die. And it is youth who must inherit the tribulation, the sorrow, and the triumphs that are the aftermath of war”. I agree with Benjamin Franklin that may we not see another war! For in my opinion, there never was a good war or a bad peace.

To President Jonathan I say, these are tough times, a time of tough choices and hard decisions, a time to bring our brothers and sisters in Borno home to safety. A time to be a general and commander-in-chief. In this age and time when there can be no losers in peace and no victors in war, we must recognize the obligation to match national strength with national restraint. But be tough. My heart bleeds for the numerous souls that have been wasted through the activities of Boko Haram insurgents since 2010, when it started operating like Mongol hordes. These were mainly armed forces personnel, other government officials and innocent civilians who perished as a result of direct combat with the terrorists or who were victims of collateral damage. While it is understandable that analysts are concerned about these deaths and destructions to show constructive criticism, there are certain uncharitable individuals who are ready to pour acid on President Jonathan’s thyroid gland over the crisis. To the latter category of people, the president and his team have not achieved anything by way of putting the insurgents at bay, making life safe for Nigerian citizens and thus providing a safe haven for global investment capital. It is apparent that these cynics do not see a cup as half full but half empty?

Without sounding namby-pamby, it is necessary here to deal with the facts of the matter. First, insurgency war by its very nature is not easy to win. In other words, it is not a conventional war when a set of soldiers defeats another at Waterloo or Ore. Dr. Ademola Adeleke of the Department of History and Strategic Studies, in a paper entitled “Conflict and Conflict Resolution in International Relations” states the typologies of war as total war, nuclear war, low intensity conflict, civil war, guerrilla war and terrorism.

He describes total war as a military conflict in which the belligerents are willing to sacrifice all their resources and capabilities to achieve total victory. Nuclear war uses doomsday weapons and “can travel across great distances to eliminate the ability of the adversary to respond in kind,” writes Adeleke. Also, civil war is, as he puts it, is an armed conflict within the boundaries of a state, an international armed conflict, a war between different parts or factions of a state. These are conventional battles where soldiers face one another or air force planes dodge radars to strafe enemy camps.

On the other hand, experts define terrorism as the “actual or threatened use of violence for political goals, directed not only against the victims themselves but also against larger, related groups, of a scope transcending national boundaries.” It has also been described as the “systematic use of terror or unpredictable violence against governments, the public or individuals to attain a political objective.” This tactic, deployed by the Greeks, is reflected in the works of Xenophone (431-350 B.C). The Assassins, an Ismail sect of Muslim Shiites, used it effectively in the mountains of Northern Iran and Lebanon against the Sunnis, wrote Adeleke. In modern times, Robespierre, the Samurai nationalists in Japan, Ku klu Klan (in the US), the Bolsheviks and others used terrorism. Al-Qaeda’s activities are very fresh in the memory. So also is Boko Haram. Closely related to terrorism is guerrilla war which refers to military or paramilitary operation “conducted against an occupying power, or a government considered hostile by partisans who are often indigenes of the territory. Joshua in the Bible used ambush and guerrilla tactics to win parts of Canaan. Boko Haram, therefore, falls under the last two classifications. This is to say that it is not a conventional war.

Although many consider Boko Haram as an offshoot of Maitatsine, a group of fundamentalists coordinated by the late Mohammed Marwa, in 1995, however, Boko Haram first operated as Shebaab Muslim Youth Organisation under Mallam Lawal. But when he left, the group came under the late Mohammed Yusuf under whom it started becoming political. Yusuf went a step further. He established Boko Haram in 2002 in Maiduguri, the Borno  capital with the aim of establishing a Sharia government in the state. His Nadrasa attracted children across many states in Northern Nigeria, Niger and Chad. However, the school became a recruiting ground for future jihadists whom he had indoctrinated against Western education. Two years later, Yusuf relocated his centre to his state of Yobe, close to the border with Niger Republic. But its seven years lack of drama changed in 2009 when government started an investigation into allegation of arms running against the sect. As this led into a violent clash with the police, Yusuf died in police custody, a development that gave rise to a new leader, Abubakar Shekau.

With that development, Boko Haram went haywire, attacking Borno State in 2011. In January 2012, Shekau posted his own photo on YouTube as the new leader.Since it started its insurgency on 7 September 2010 when it broke into Bauchi prison and the December 2010 attack on Abuja, Boko Haram has operated unconventionally, making it impossible to crush it right away. That is the nature of terrorism. Others have been the 16 June 2011 bombing of Abuja Police headquarters; 17 June 2012 suicide bombing of three churches in Kaduna State, leading to the death of 50 people. One of the most fresh was the 25 February 2014 attack of Boko Haram on Federal Government College, Buni Yadi, in Yobe State, leading to the death of 43 teenagers.

Another factor that makes Boko Haram a knotty problem for which Jonathan should not be blamed is the disposition of northern leaders. From the onset of this Jonathan administration, the northern political establishment vowed to make the country “ungovernable” if Jonathan was sworn in. People are of the opinion that with the huge sums of money they make from big business, some unscrupulous ones among them may have been giving oxygen to Boko Haram through supplies, medical care, salaries and other logistics. This is worsened by the seeming attitude of the northern hoi polloi who appears not ready to offer information about the sect members who are regarded as fellow Muslims. Therefore, there is the need to be objective that President Jonathan has not stood without doing anything.

Worse still is that some elements within the security agencies are believed to have loyalty that resembles that of Janus (one to Nigeria, another facing Boko Haram). They, as an analyst recently wrote, “provide intelligence, aid and comfort to fellow Muslim brothers fighting to unseat a government controlled by a kafir or an infidel christian president from the South.” However, in spite of these conjectures and permutations, President Jonathan has achieved a lot in the war against terror.

On May 14, 2013, he declared a partial state of emergency in Borno, Yobe and Adamawa states and ordered the Nigerian armed forces to locations around Lake Chad. On 30 June, the Nigerian armed forces allegedly shot Abubakar Shekau, the Boko Haram leader, in Sambisa forest. Since the man is presumably dead, it then follows that all the so-called Shekaus appearing in recent video tapes are nothing but clones or computer manipulations (try and match the audio with movement of his lips!).

In his unrelenting search for peace in the northeast, President Jonathan has again set up a new amnesty committee on Boko Haram, to be headed by the minister of special duties, Kabiru Tanimu Turaki who chaired the former committee. On the other hand, for the Nigerian government to show its teeth, Jonathan, in January 2014 sacked his service chiefs. Major General Kenneth Tobiah took over from Lt- General Azubike Ihejirika as chief of army staff; Rear Admiral Usman Jibrin replaced Vice Admiral Dele Ezeoba as chief of naval staff and Air Vice Marshal Adesola Nunayon Amosu is in charge as chief of air staff, replacing Air Marshal Alex Badeh. Bardeh took over from Admiral Ola Sa’ad Ibrahim as chief of defence staff. This change of guards was to enable the Jonathan administration strategise more effectively to tackle Boko Haram. The change of guards at the hierarchy of the country’s Armed Forces has, no doubt, helped to boost the morale of soldiers and reinvigorate the war on terrorism at the battle front. 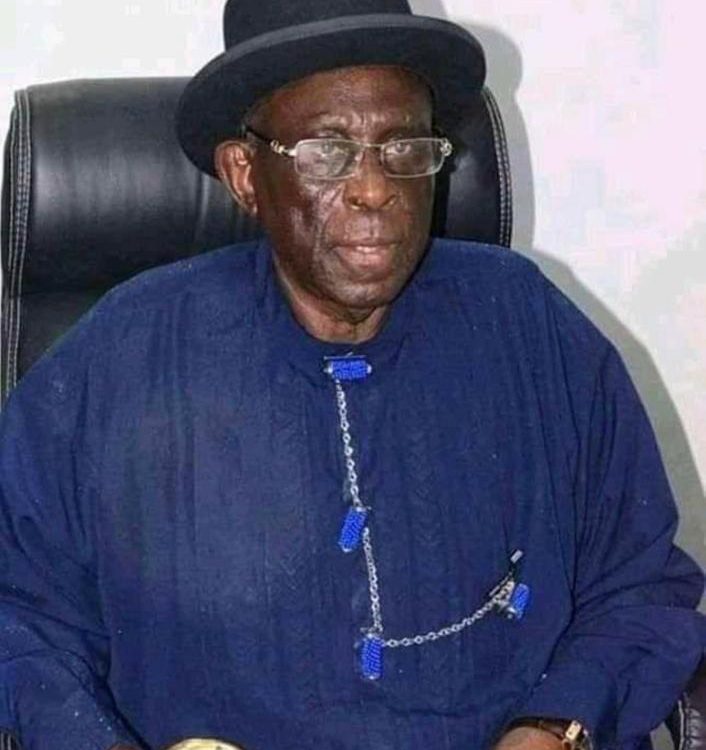