Many Nigerians are aware of the recent developments in our Legislature, especially, the issues concerning the passage of the Electoral Amendment Bill as well as the Petroleum Industry Bill (PIB) by the Senate and the House of Representatives, respectively. The passage of these important bills into law, has expectedly generated wild reactions from many concerned citizens and groups, obviously expressing their dissatisfaction against some vexing aspects.

Such concerned persons and groups are not alone in the complaints against the grey areas of those two bills, recently passed into law. Some of us representatives at the House of Representatives and Senators at the Senate, from Bayelsa State, Niger Delta, and the entire South are also miffed by those aspects that are being complained about.

Despite your being abreast of the developments concerning the bills, it behooves me to use this medium to further speak on them, so as to engrave on the scroll of history, our oppositions, and efforts made to try to protect the interest of our people, and by extension that of the entire citizenry and groups in the entire country.

This is more so as the legislature is the engine room or melting point of law-making and public policy formulation. It is a place where various groups have sent their persons, ideally, the best persons to serve as their eyes and voices, most importantly to put their demands on the front burner of legislative discussion.

Given the contending interests of various groups and the political scheming among legislators and the unveiled interest of even the executive organ, the task of projecting the wishes of the electorate, with wins, is indeed a huge one.

Notwithstanding, some of us have tried to be committed to that most important onerous task of projecting and protecting the interest of the people. And will remain unrelenting in that regard.

We had voiced angst against the retrogressive aspects of the two bills, just passed into law, and did so on the floors of the Legislature, as well as through the mass media.

On the Electoral Amendment Bill just passed into law, let it be stated on the record in the umpteenth time, that, like some of my colleagues in the Green and Red Chambers I didn’t lend support to the retrogressive exclusion of the use of electronic transfer of election results.

As men and women of conscience, and despite party lines, some of us, including me, walked out of plenary in the House of Representatives in protest against the provision of the analog method of manual transmission of poll results in our country’s elections. Not stopping at that action, we made public, our grievances and stance known through the press.

The excuse for the exclusion of electronic transfer of election results was premised on poor or lack of internet network in some places, particularly in the rural areas. It was also premised on apprehension over hacking and, epileptic electricity supply.

Yet, it is the duty of the government to provide such amenities. And in comparison, some aspects of businesses, cash transactions; public administration and certain aspects of the electoral processes are done electronically via the internet. Instances include voter registration exercise, accreditation of voters through the use of Card Reader; registration of the National Identity Number (NIN).

Tactically, those who supported manual transmission of results, and as contained in the just-passed Electoral Amendment Bill, have left the decision over the use of manual transmission to the Independent Electoral Commission (INEC), by way of rules it can make within its delegated powers. This is not a guarantee. It apparently implies that the INEC may or may not deploy electronic transfer of results, especially, whenever it has a political interest to favour. And its actions and inactions in that regard will be difficult to challenge legally.

On the PIB, the politicking that led to undue delay in its passage manifested the true essence of that delay, when it recently got passed with a questionable Supplementary Order Paper.

The just-passed PIB, provides for an unsatisfactory 3% equity allocation to oil-producing communities, especially, the Niger Delta which produces a quantum of the nation’s crude oil and gas, amid environmental degradation and incommensurate benefits.

Stipulating a whooping 30%  for oil prospection in the Chad Basin, is also perturbing. It is contrary to the current global economic shift from fossil energy to alternative sources of energy, which foresighted countries are keying into. It equally contradicts Nigeria’s much-talked about diversification of the nation’s economy, amid dwindling oil revenues and huge foreign loans

Also pitching the legislature against a vast majority of the people is the Nigerian Press Council Bill, though said to have been withdrawn. Parts of the bill, amount to gagging the press, freedom of speech, writing and public opinion, as well as holding government and public officers accountable to the people in order to enhance democracy, good governance as well as development.

The delude of criticisms against the aforementioned three bills, particularly, the obnoxious aspects, portray a renewed consciousness on the part of a vast majority of the citizens. The scathing criticisms also imply fear of a dying presidential democracy, bereft of its tenents, notably that of fulfilling the wishes and aspirations of the citizenry. It equally cast further aspersion on the avowed interest for a free, just and inclusive nation, where everyone and every parts of the country should freely aspire to participate in public affairs and develop at will.

The case of the electoral amendment which has foisted manual transmission of results implicates on the march towards a much-desired credible electoral system that is one of the surest means to enthrone good leadership and good governance. This is because manual transmission of results could perpetuate gross electoral malpractices, and enthrone infective leadership, misgovernance and retrogression.

The current legislative developments have equally reaffirmed the need to go beyond incremental or piecemeal amendment of the 1999 Constitution and other obnoxious Federal Acts, to a holistic restructuring of the entire polity, notably, to engender regional autonomy and true fiscal federalism

Yes! Democracy entails the determination of laws, policies and programmes with majority views. Thus, majority views have defeated the minority voices in a lopsided legislature in terms of the proportion of a number of representatives in the North versus the South.  And as a dictum in democracy stresses, “minority will have their say, but the majority carries the day”. Thus,  despite the vexing issues raised against the electoral and petroleum bills, majority voices have carried the day.

Yet, the nation’s unity, its hard-earned democracy and progress is further being put at stake.

Therefore, my call is on President Muhammadu Buhari to show sincere leadership empathy by not signing the electoral and petroleum bills passed into law by the two chambers respectively. As a three-time contender for the presidential seat, Mr. President had complained about the electoral system which he said was not auspicious to his aspiration, let alone getting justice in the tribunals and law courts in the past.

Given his personal experience, President Buhari, ought to leave a legacy of handing over a credible electoral system, the way his predecessor, Dr. Goodluck Jonathan did, when he introduced electronic accreditation of voters, gave freer hand to INEC, lost and conceded defeat.

The PIB should be revisited in order for the National Assembly to increase the equity contribution to oil-bearing communities, beyond 3%.

Super most, or alternatively, Mr. President, would need to muster leadership will to adopt relevant conference reports such as the Uwais’ Report and the 2014 Conference Report as templates for total restructuring of the polity.

That way, Nigeria’s democracy, safety, unity and regional and national development, will be reassured.

The legislature also has a lot to do in these regards, aside party and ethnic power-play and political maneuvering  which cannot guarantee nationalism, competitive and complementary human and physical development, nationally and regionally.

We all stand to be judged for our actions, by God, the electorate, posterity and history. So we need to toe the path of inclusive governance, transformational leadership and development, by sincerely fulfilling the yearnings and aspirations of the people, without sectional considerations.

These are my takes on the State of the Legislature, the Nation and the gate of our Democracy. 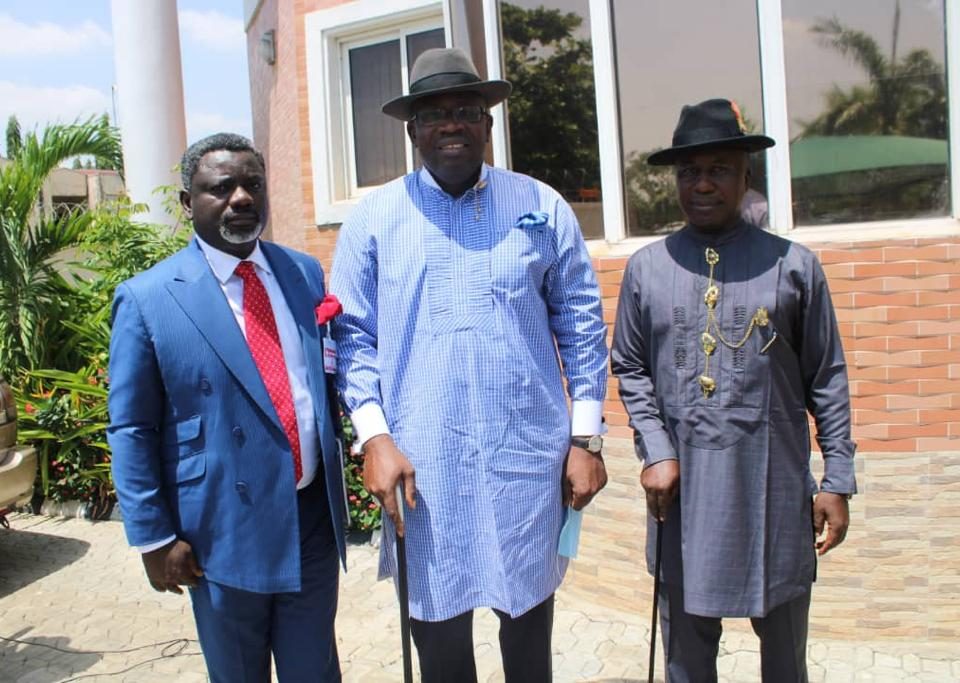