Today 10/10/15 our Iroko fell. A fearless man. The Adukali 1 of Epie and Atissa people. Mark Twain had Alamieyeseigha in mind when he said “The fear of death follows from the fear of life. A man who lives fully is prepared to die at any time.”

Alamieyeseigha was a man of many parts. From 2005 Alamieyeseigha’s health has been a subject of discussion for us his friends and family. But Alamieyeseigha being a strong man had fought his Health issues gallantly. Yesterday his health suddenly became difficult to manage and today he was rushed to the hospital and he died.

I have lost a brother and a loving friend. Chief DSP Alamieyeseigha was many things to many people. What ever we think we know of him, what ever we want to say of him, let us remember that he is dead and dead person do not speak. Lynn Caine was speaking to us when she said “Since every death diminishes us a little , we grieve – not so much for the death as for ourselves. Alamieyeseigha and his family has suffered enough. Let the dead be.

To me Alamieyeseigha was the senior brother I never had. He was good to me and my family. He showed me love and respect. I will always remember the words of Marcus Tullius Cicero , ” The life of the dead is placed in the memory of the living.”

I am crying writing about him in the past tense, it confirms to me that truly Alamieyeseigha is gone. Alamieyeseigha died carrying the burden of his deprived and depressed people. Martin Luther king, Jr. Said “A man who won’t die for something is not fit to live”.

We know and you know that Alamieyeseigha died for something greater than himself. Like Isaac Boro and like Ken Saro – Wiwa our people will always remember them. Albert Pike told us that “What we have done for ourselves alone dies with us; What we have done for others and the world remains and is immortal.

John Wise ( 1717) was right; “Death Observes no Ceremony.” To para phrase Quintus Ennius, “Let no one weep for him, or celebrate his funeral with mourning; for he still live, as he pass to and fro through the mouths of men. 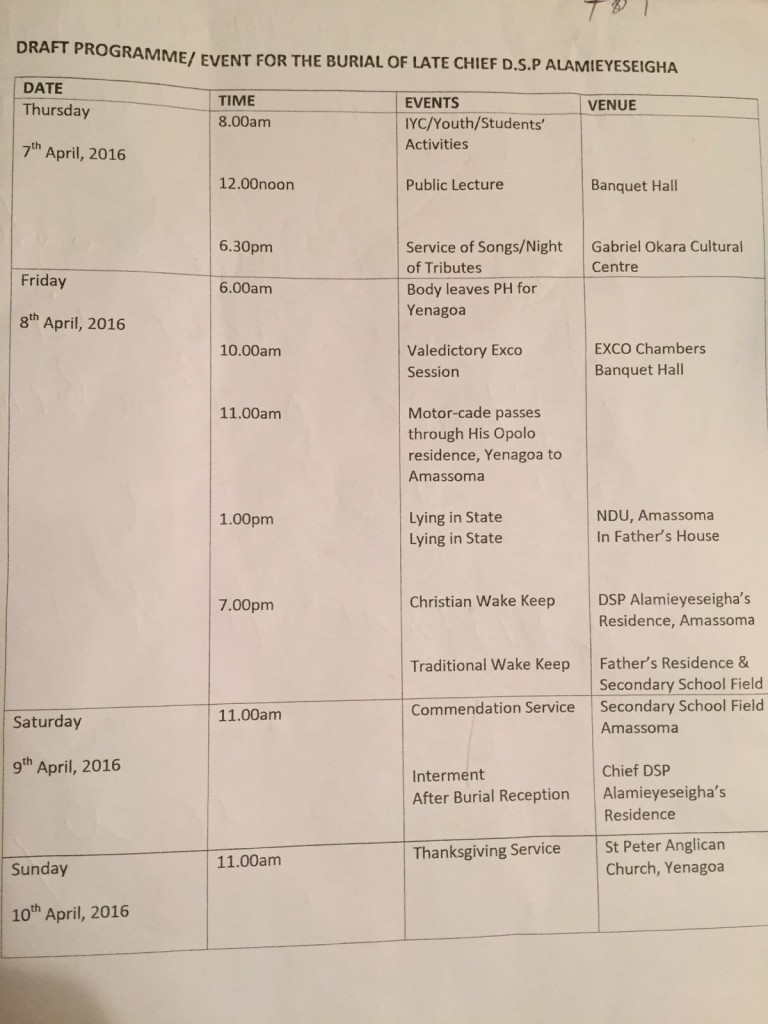 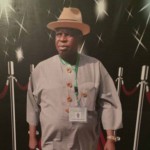 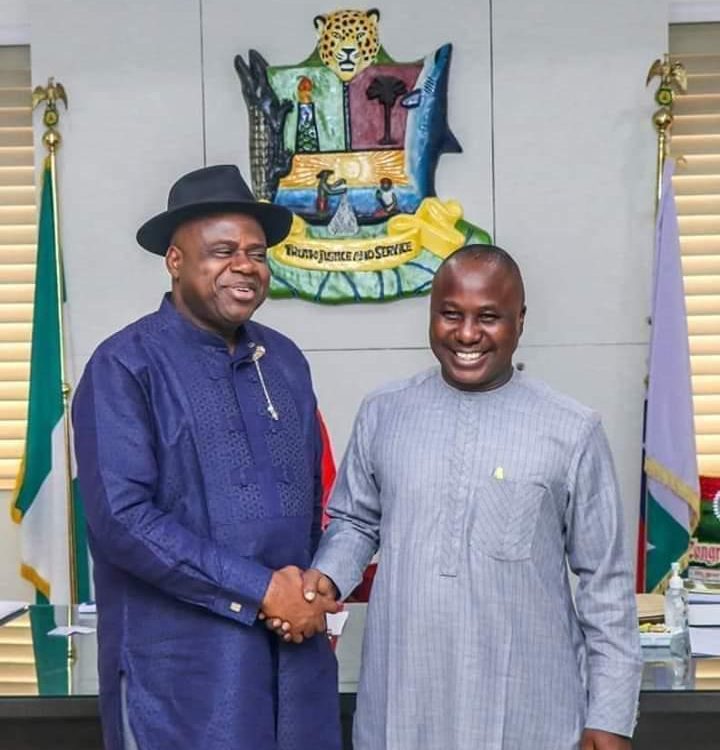